When I photograph families, it is in the grandparents’ home; I think it is important to see how it tells its own story. I am also interested in the relationships, tensions, contrasts and similarities between the young and old. 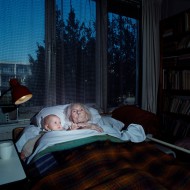 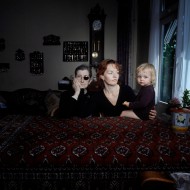 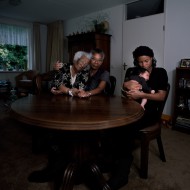 Miloushka Bokma moved to Amsterdam when she was 3. She graduated from the Utrecht School of the Arts, in 1995, and has since worked on her own projects in Holland and abroad. Her most important exhibitions include: Art Amsterdam, Reuten Gallery, Houston Center for Photography, Photography Museum Den Hague, Cicterna art gallery Moscow, Fries Museum, Reflex Art Gallery, Holland Tunnel Art Gallery, New York, Naarden photo festival. She is represented by Gallery Reuten, Amsterdam.

Her work has a strong narrative quality, always with a slightly absurd undertone. It is a combination of the carefully planned and the totally unexpected. It often seems that something has just happened or is about to happen, like in a still image from a larger story.