Since the beginning of 2010, I’ve been carrying all my stuff of the Tomato King around with me wherever I’ve travelled. This series comprises the completed first chapter, which was taken in Cobh (Ireland) and Swansea (the UK). The poor self-conceited tomato puts on a traditional imperial robe of the Peking Opera. He wanders along the streets like a clown of the circus. I made all the calligraphy surrounding the image, although I have never studied it. That is why the characters look ugly, but no shame here, as I am aware that the ignorance of others is no different from mine.

You can understand this work however you like. If you believe it is pure nonsense, I am not going to deny it. It’s exactly a body of meaningless work.

This is a ridiculous and meaningless world. All that we have said, artworks, poems or lies are as worthless as dust. I play a joke so seriously, spending all my time and passion in this boundlessly ridiculous fight against nothingness, that this is the most honest and useful thing I can do now. 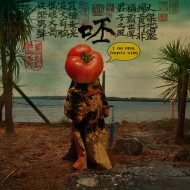 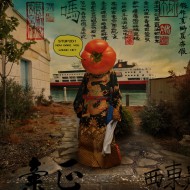 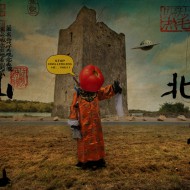 MALEONN
born in 1972 Shanghai (China), where he currently lives
www.maleonn.com

Maleonn grew up in a family of artists and studied fine arts for over ten years. He had been seeking how to best communicate through art until he decided to quit his career as a director of commercial videos in 2003 and took up photography as his means of expression. In 2004 Maleonn had his first solo exhibition in Shanghai, and in 2006 his works were presented in Toronto, which marked the beginning of his international career. Maleonn collects old photos and other historical objects, which influences a sense of nostalgia in his works. His works have been exhibited throughout China, North America, Australia and Europe including CO2 Gallery in Rome, Paris- Beijing Gallery in Paris and Beijing, CDS Gallery in Denmark, Mai36 Gallery in Zurich, Shanghai Arts Museum in Shanghai and Craig Scott Gallery, Toronto, Canada.