After a few years of my folklore field work, I started to photograph in villages. The crucial thing for me was to address specific individuals and set close relationships with them. I became friends with Ivan, Andrey, and their family two years before I shaped the idea of the project.

Ivan is older, he is 16. Andrey, nicknamed ‘Moon’, is 14. The two brothers live in a distant village in the northern part of Russia, where they spend time fishing, hunting, and playing with ghosts at abandoned places. Mature and childish, naive and enigmatic, with a fairy tale world inside and unique moral values, they are totally different from their peers living in the city. 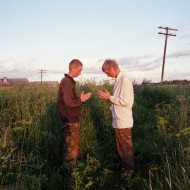 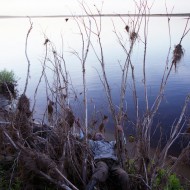 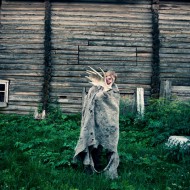 DARIA TUMINAS
born in 1984 in St. Petersburg (Russia), lives in Amsterdam (the Netherlands)

Daria Tuminas is a student at Leiden University’s MA programme “Film and Photographic Studies”. She won the first prize in the “Documentary” category of the ViewBook Photostory 2010 competition.

Daria is also a freelance journalist writing articles and critical essays on photography, and also has experience in organising photo events – she was the coordinator and curator of an International Summer School in Photography in St. Petersburg focused on the new language of documentary and journalistic photography. Ivan and the Moon is her first project.