With Night Time Stories, I have continued working with my main themes – the city, its people and structures. However, recently my work has started to shift towards more dramatised photography. Night Time Stories depict the city in the night. The role of co-incidences and working methods that, at least to some extent, seem to rely on what comes across, has made space for composed and planned, even film-like, settings. The situations are carefully designed and controlled. Natural light conditions have been replaced by spotlights.

With the composed, film set-like situations, I want to tell stories. The dramatic aspects of the setting and the strong presence of figures leave room for the viewer’s imagination to figure out what has happened before and after the moment the image has been taken. In Night Time Stories, I move between reality and fiction. I find my models in the city, so they are ‘real’ people in their own environment. But I photograph them in a specific location and work on their poses and gestures, so the role of the photographer becomes dominant.

I have been working on Night Time Stories since 2007. Most pictures are from 2008, when I was working in Berlin, Barcelona and Rio de Janeiro. 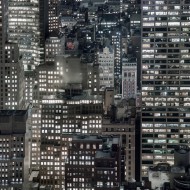 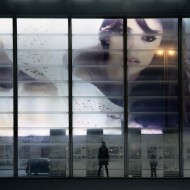 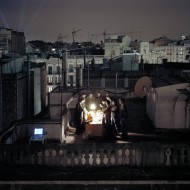 MARKUS HENTTONEN
born in 1976 in Lahti (Finland), where he currently lives
www.markushenttonen.com

Markus Henttonen is a graduate of Turku Arts Academy. His works have been presented in numerous exhibitions, e.g. in Galerie Vanessa Quang (Paris, France), Gallery Uusitalo, (Helsinki, Finland), Museum Su Palatu (Italy) and Galerie Fotonauta (Barcelona, Spain). His recent series Night Time Stories got the second prize in the International Biennale of Photography in Kalingrad, Russia, in 2009, and has been nominated for the Fotofinlandia Prize 2011. His first book Paral-lel City was published 2004 in Finland, the next one, Lonely But Not Alone will be published in 2011.

The artist’s main interest lies in the relation between the people and their urban living environment: how different spaces that are ruled and dominated by certain expectations and social codes affect behaviour and self-expression, how people move around in different environments or how they escape and seek relief in the hectic rhythm of the city life.