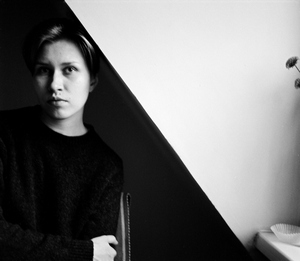 Having graduated from the Law Department of Samara State University in 2007, she moved to Moscow, Russia, where she entered Rodchenko Moscow School of Photography and Multimedia (part of the Multimedia Complex of Actual Arts, Moscow House of Photography). While studying there on a 2-year main educational programme, she was inspired by the works of Philip-Lorca diCorcia, Ryan McGinley, Claudine Doury, Jack Radcliffe and Jordy Gual, who greatly influenced her photographic style. After obtaining a degree in photography at Rodchenko School in 2009, Anastasia moved to Saint-Petersburg, Russia where she is currently based and works.

In 2010, she became a participant of the “Young Photography” project held by FotoDepartament Foundation, a program of support and promotion of young Russian photographers. Since 2009, she has been working on the In Vain project which was was exhibited in St. Petersburg (within the Something Strange group exhibition curated by Andy Adams, Ulrich Haas, Irina Meglinskaya, Emily Newman and Nadya Sherye), Yekaterinburg (Advantage group exhibition) and Krasnoyarsk, Russia.