born in 1981 in Petrer (Spain), lives in Helsinki (Finland)
www.alfonsoalmendros.carbonmade.com 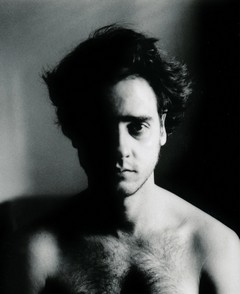 Alfonso Almendros Jaén is a graduate of History of Art. He also studied Artistic Photography at E.A.S.D. Valencia and Photography at Moholy-Nagy University of Art and Design of Budapest.

All his photographic works contain an autobiographical component – the artist is the main character in several of his pictures and chooses to work on topics which are inspired by his own experiences that need a deeper and intense reflection.

He is interested in the conceptual binomial formed by the passage of time and the death and the innate faculty of photography to became an intersection between the momentary and the constant. The metaphor and symbolic significances are elements of vital importance in Almendros’ work. The descontextualization of objects and the intervention in the photographed space are used to create a symbolic language that must be understood in an intuitive way.

Alfonso Almendros Jaén’s works have been presented in numerous individual and group exhibitions, e.g. in the “Open Galerias” art fair at the Contemporary Art Center Las Cigarreras (Alicante/Spain),  in the Auditorum Benjamin Palencia (Albacete/Spain) or in the in the Spanish gallery E.A.S.D (Valencia/Spain).