Portraits of a Serialsammler (2006, in progress)

The still young but highly independent and unconventional work by Thorsten Brinkmann moves between the genres of photography, sculpture, performance and installation art. Photographic self-dramatisation, in which the artist functions as an actor, director and photographer in one, and creates images in the solitude of his studio with a self-timer, is one of his areas of focus. Wrapped up in used clothing and found objects from everyday life, he transforms himself into anonymous, sometimes androgynous figures that appear as objects – sculptural figures – which allude to compositions by old masters. The photographs are part of the long tradition of self-portraits by artists, but he practically explodes the accompanying myths by hiding his countenance and emptying them of any recognisable individuality.

In them, Thorsten Brinkmann explores the boundaries of the relationship of people and their bodies to the world of objects. In the process, he builds upon the tension between the object and subject as influenced by imagination. Everything in these photos is real and fictional at the same time. Formerly soulless things develop their own lives on the artist‘s body and become prostheses and masks with puzzling, physiognomic powers of expression. 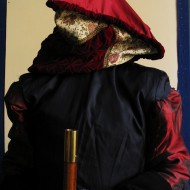 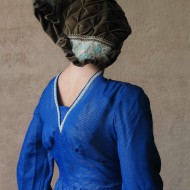 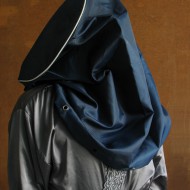 Thorsten Brinkmann is best known for his recent portraits and installations. He studied visual communication and fine arts with German artists Floris Neusüss, Prof. Bernhard Johaness Blume and Franz Erhard Walther. He received his degree at the Hochschule für bildende Künste, Hamburg in 2002. He has been exhibiting his work since 2000 with numerous shows in Germany and abroad including solo shows at Kunsthalle zu Kiel, Georg-Kolbe Museum, Berlin, GEM Museum voor Actuelle Kunst, The Hague. His work will also be a part of a show in The Andy Warhol Museum in Pittsburgh (2011) and has been a part of a show at the ICP in New York in 2009. Some of his awards and grants include the Kunstpreis Finkenwerder and the Fellowship Award, City of Hamburg.