The project consists of two parts: Gamers and Training Halls. Large-format portraits reflect a typological approach to the new image of a sportsman, whose physical representation is not known to his rival due to the electronic form of competition. In this project, the gamer is revealed to everyone. Yet, this is not about exposing or trying to match the reality with the mental or virtual images of individuals. This is a sort of analysis of the cyber environment and people who constitute it. Each of the photographs of a room interior shows two realities overlaying in a single image. The rooms fulfill the role of a training site for everyday gaming practice, and function as
a normal bedroom, where details and objects betray the history of growing up in this place. The mixture of the training place of an e-gamer and his personal surroundings creates a striking picture, rich in detail. 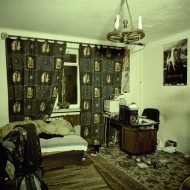 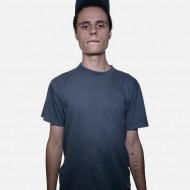 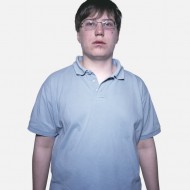 Bownik studied at the Academy of Fine Arts in Poznań, at the Multimedia Communications Department. In the years 2004-2008, he was one of the creators of the Ikoon group. In his work, he concentrates on the influence of technological phenomena on everyday life. He records changes of the environment resulting from using electronic equipment, as well as its private adaptations that reflect the need to keep up electronic activity. He documents and reconstructs the Cyber Environment, its influence and civilizational reflections, transgressing the image of modernity and the utilitarian sterility of electronic space.