Adam Jeppesen’s Wake was assembled over a period of several months in the secluded backwoods of Finland. Taken during his journeys on assignment, the photographs document the constantly shifting geography of the artist over the course of seven years. Rather than minister to any notion of Nordic melancholy, the artist reconstructs history with intuitive, dream-like sequences that reflect the emotional and aesthetic clarity afforded by solitude.

Jeppesen’s large-format photographs are rooted in the tradition of German documentary with its tendency toward classification. This is an impressionistic take on the visual index – one that seeks out the spontaneous and the discarded, the undefined and the uncertain. As the title suggests, the images inhabit that liminal space between darkness and twilight: atmosphere, heavy and thick, flows like a life force through the whole series, and always manages to obscure as much as it reveals. The specificity of the people, places, and things all fades, leaving light, colour, and texture as the only framework, along with the impression that what we see is not necessarily what we are shown. 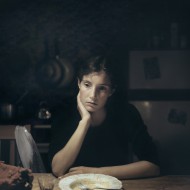 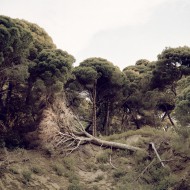 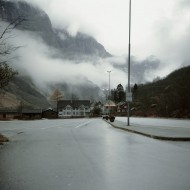 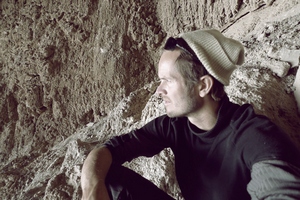 Adam Jeppesen is a graduate of the Fatamorgana photography art school in Copenhagen. He has travelled extensively for documentary film work in regions such as Palestine, Liberia, and Sierra Leone, and continues to work on projects with a political and humanistic focus. He has previously exhibited in Europe and North America. Recent exhibitions include Foto, at the Scandinavia House in New York, and Tilykke Lille Fugl, at Fleisher Ollman Gallery in Philadelphia. Wake is the first monograph of his work.

As William Pym put it in his essay:

“The work of Adam Jeppesen invites thoughts about the origins and the future of the documentary photographer – perhaps social photographer (…) – the kind of artist who does not ostensibly stage the world, but prefers to watch it, then frame it as it is. The only act of manipulation, the only insertion of opinion, comes as the artist’s eye decides what will fit inside the rectangle of the aperture; the rest is already there.”