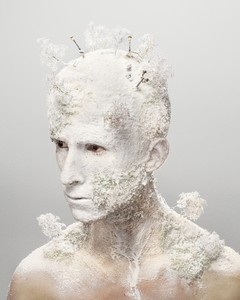 Levi van Veluw studied painting at Artez Institute of Arts in the Netherlands, where he became interested in photography. He also interned for photographer Erwin Olaf. Since graduating, he has enjoyed a remarkable amount of success in a short period of time, with his work being showcased in several different locations across Europe and the States, earning him a number of prestigious awards that include the Photographer of the Year Award at the IPA International Photo Awards in the USA. His works have been published in the Village Voice, El Pais and Domus magazine among others and exhibited at the Armory Show in New York, Museum of Arts and Design New York, and at the Scan Photography Festival in Barcelona.