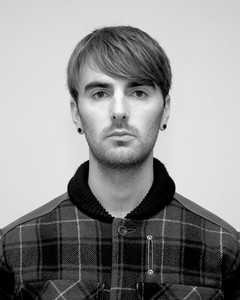 Leon Foggitt graduated with a BA (Hons) Degree in Documentary Photography from the University of Wales, Newport in 2009. His work stems from an interest in human psychology and peoples’ reaction to being photographed. It is this inquisitive nature and an open minded view of the world that is the driving force behind his portraiture.

Leon’s photographs aim to capture not only seriousness and vulnerability in his sitters but also truth. In 2010 Leons’ work appeared in Bite Magazine and Lenscratch, among others. Later on in the year, the same work was published in Vrij Nederland Magazine in Holland and Feeling Magazine in Belgium.

Leon continues to meet new challenges, inspired by a creative energy that is directed towards understanding the world around him and his role in it. His photographs have been exhibited in England and Wales. Leon currently lives in Brighton, England.