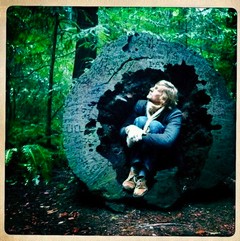 Justin Maxon was born in a small town in the woods of northern California. His interest in photography blossomed from a time in his life when he worked as a wilderness trail crew leader for a youth corps in the forests of Idaho, Washington, and Oregon.

As a student of journalism, he began exploring projects that held greater social implications. His desire was to reveal the conflicted existence of different variables of truth. His work often delves into the complexity of human struggle and perseverance. He recently shifted towards examining more private issues that are an abstract representation of his past. Maxon has received numerous awards for his photography, from competitions like World Press Photo and UNICEF Images of the Year. He was named one of PDN’s 30 Emerging Photographers to Watch. Most recently, he was selected to participate in World Press Photo’s 2010 Joop Swart Masterclass. He has worked on feature assignments for TIME, Newsweek, Mother Jones Magazine, Fader Magazine, The Wall Street Journal, The New York Times and NPR.