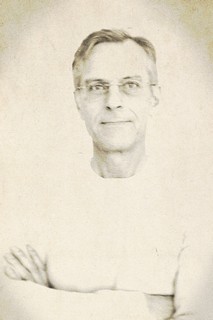 Gosbert Gottmann has degrees from the University of Mannheim, where he majored in political science and economics. As a self-taught photographer, he has been photographing for over 25 years. Since the early 1990s, Gosbert Gottmann’s photographs have been published in magazines such as the Frankfurter Allgemeine Zeitung / Sonntagszeitung, Art das Kunstmagazin, Photonews and in the LeadAwards Jahrbuch Visual Leader. His work is regularly exhibited in museums, galleries and at international events such as Fotografie Forum Frankfurt, Ikonenmuseum (Frankfurt), L.A. Galerie (Frankfurt), Photo Espana 04 Museo colecciones ICO, (Madrid), Centro Gallego de Arte Contemporáneo (Santiago de Compostela) and Bit map (Seoul). Various private and public collections, such as the DZ BANK Collection, have acquired his photographs. Some of his books, including Marathon People (2010) and Warriors (2004), were published by Kehrer Verlag, Heidelberg.