born in 1977 in Komárom (Hungary), lives in Budapest (Hungary)
www.gaborkasza.com 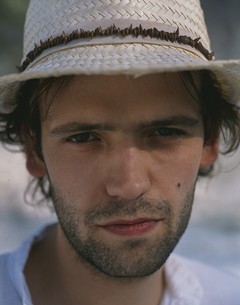 Gábor Kasza graduated in photojournalism from MUOSZ Bálint György Journalist School, and after that, he worked as a photojournalist for 3 years. Later, his attention was drawn in the direction of middle format, so he started to work with studio techniques, using 6×6 and 6×7 formats, creating portraits, advertisements and fashion for magazines. Currently, Gabor is the artistic director of Cultiris – a cultural photo agency and gallery. Between 2007 and 2009, he used to be the Secretary of the Studio of Young Photographers (a section of the Association of Hungarian Photographers). He is an initiator and an organiser of the Fotoporta portfolio review and the Fotófalu (Photovillage) foundation and summer school.