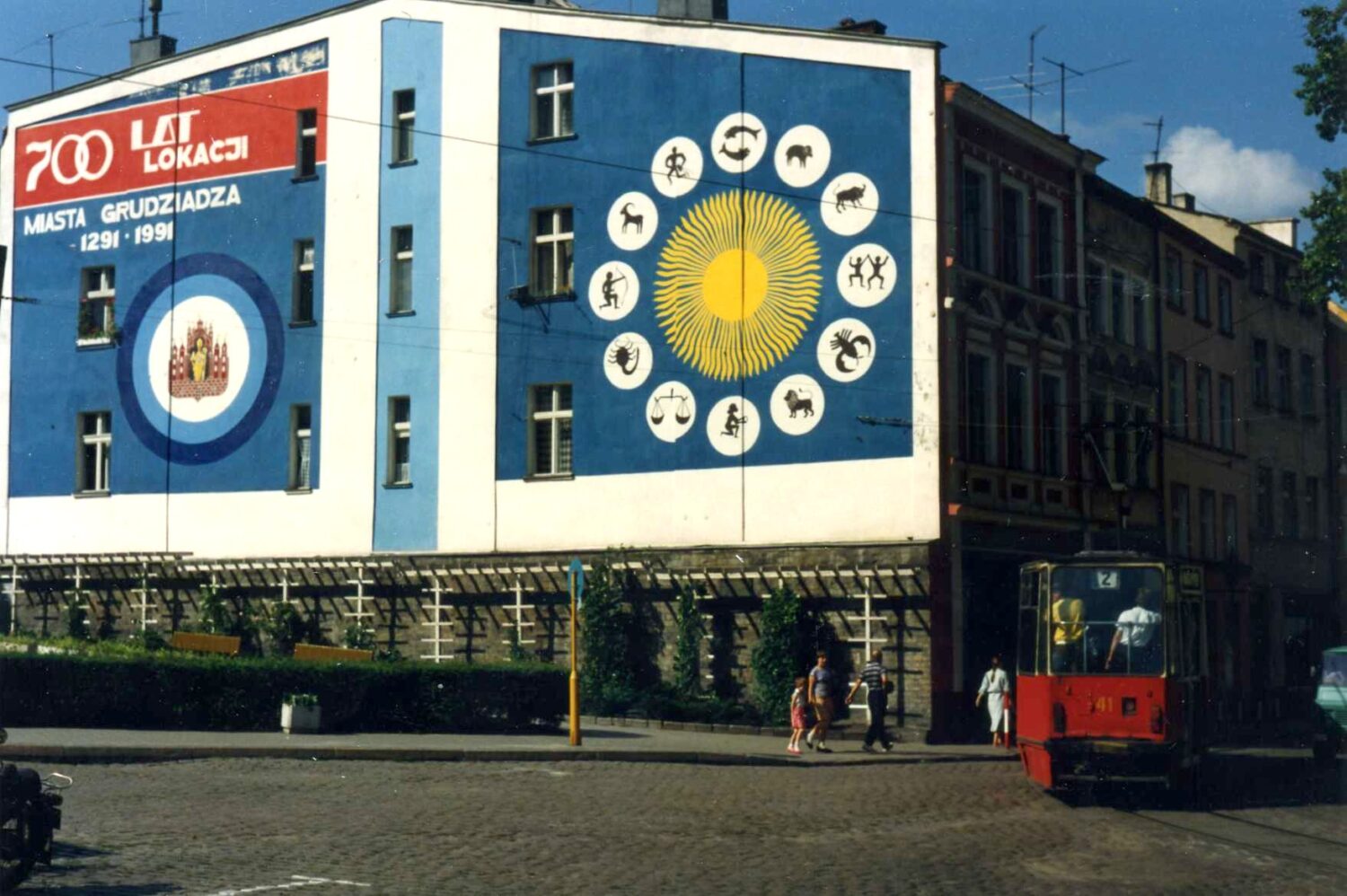 Olga Drenda writes for Fotofestiwal on vernacular photography, various collections of inferior value, and photos of breakfasts, dinners and lunches. 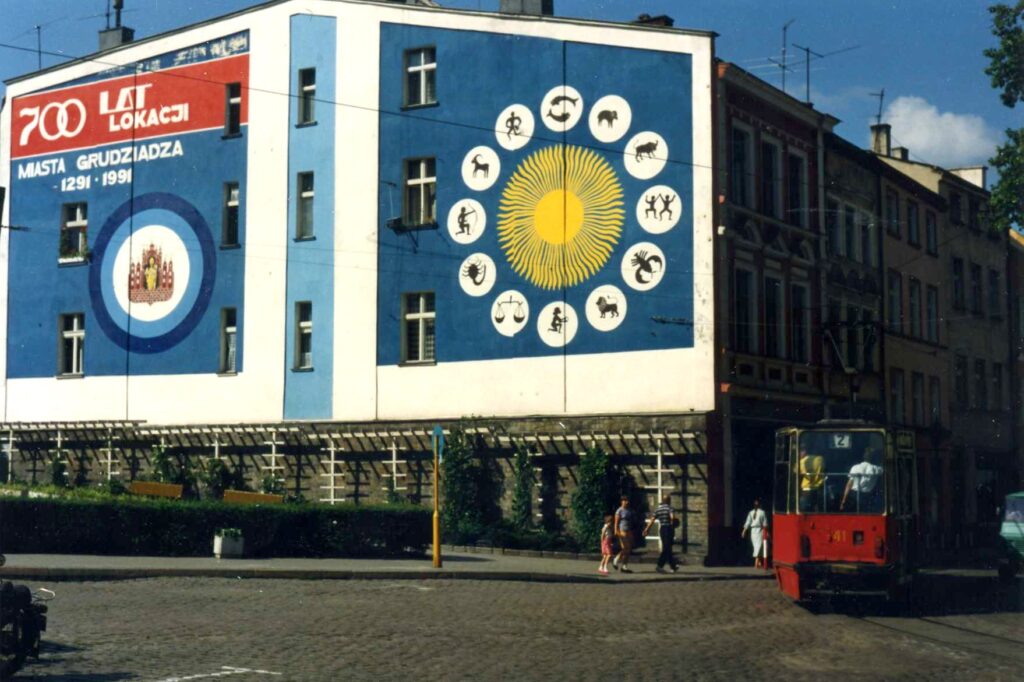 Since 2012, I have been running a Facebook page which to some extent is based on found images (perhaps more in the past than now; possibly these days I would prefer these images, whether my own or submitted by guests, were found by someone else). Does it meet the criteria of a collection? Possibly so; I hope that it can function as a resource. But Fotofestiwal asks us this year what makes us decide to keep an image with us. In my case it would be, paradoxically, being both ordinary and peculiar. Or, I may talk about paradoxes, but there might not be any paradox at all, which I keep discovering time and again. Maybe after all there is nothing as peculiar as the everyday experience.

The Surrealists knew that very well, browsing flea markets in search of objects taken out of their primary contexts (Andrzej Banach, author of several collectors’ guides and an expert on the subject, wrote about it beautifully); there is no surprise in the fact that Surrealism and photography had had a lot in common from the very beginning. Certain documentalists from the Polish People’s Republic era knew that too, and so did Władysław Hasior while working on his Photographic Notebooks; all of them extracted the absurd from the banal. Jerzy Lewczyński, with his awareness set towards not only glitches in reality, but also towards chance which may serve us unexpectedly a found image – he knew it too. Last but not least, the Fotofestiwal itself included a section dedicated to the monidło (vernacular retouched portrait popular in the 1960s) during the vernacular photography-themed edition a few years ago. At its time a common, trivial image, considered pretty by its target group, required only a small temporal distance to gain qualities of uncanny valley. Their alien quality, a shift away from actual human proportions and face features suddenly emerged, once removed from their original addressees. Today, the monidło is a collector’s interest, or perhaps even a museum object, as a document of its time and retouching technologies. 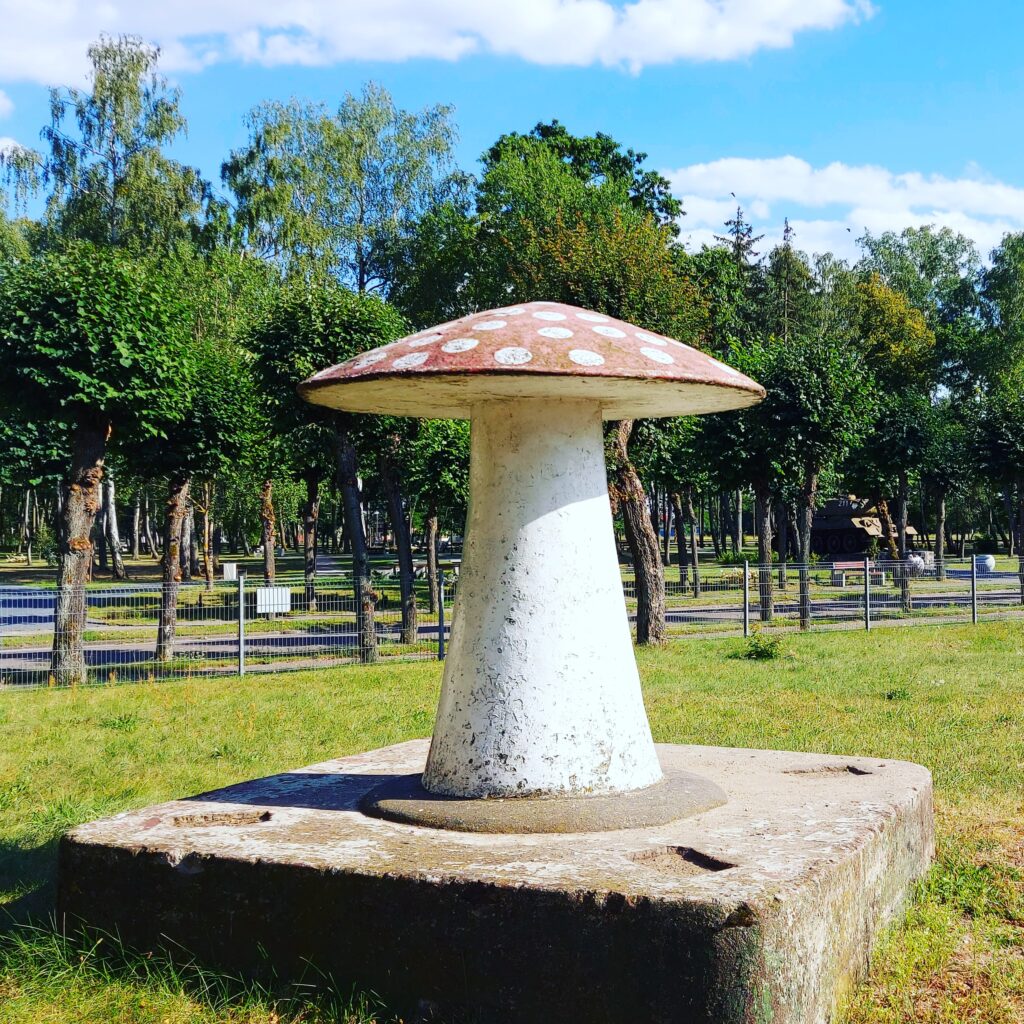 The convergence of the ordinary and the strange and the ways the latter can hide inside the former was revealed to the full extent thanks to the internet. It has offered a second life to unusual finds from the analogue image era, very much in the spirit of the 20th Century Portrait from this year’s edition of Fotofestiwal. Listicles such as 20 old photos which make no sense, festival specials, such as The creepiest Easter Bunny pics or Weirdest costumes of our Victorian great-grandparents resemble Jean-Marie Donat’s collection. But no time perspective is even necessary in order to take a dive into the uncanny valley (and the uncanny consists of, as Freud wrote, something familiar in which a small shift took place, an unsettling change which made the familiar alien). Hence the phenomenon of cursed images, photographs which are unintentionally scary (a child surrounded by giant Teletubbies, a resigned face of a dog dressed up as Mickey Mouse, intertwined toes…). The uncanny can result from taking an image out of context, bad quality (which contributes to an aura of mystery), and last but not least the subject. Such kind of eeriness was the primary drive behind my Duchologia page (the name itself is am intentionally awkward Polish translation of the term hauntology): I was originally interested in a broken VHS tape effect, the skewed form of an old shop sign or a bootleg toy, an inexplicable frame from an old TV program. This phenomenon was perhaps best conveyed by the Mushroomland Youtube series: even though it was a new production, the uncanny effect was so convincing that the viewers could have sworn that they saw the show on a pirate cable TV station sometimes in 1994.
There are also collections from the wtf images category, ones which cannot be explained rationally. An entire family with pancakes on their faces, a goose sat in a chandelier, spreading Nutella over a mobile phone, a coin under someone’s eyelid, spaghetti in a photocopier… sometimes they include an element of a bad costume, they may be an unfortunate document of someone’s fetishistic passions, a forgotten practical joke or a shameful memory from a party, turned into pure surrealism.

But the most interesting cases are the ones in which the uncanny emerges from trivial imagery, Such is the case of stock photography, so generic and pervasive that they begin to twist their own reality under their own weight. Stock images and their subsequent multiple clones (see: the phenomenon of Emma Wang Hansen, the face of Polish advertising, present on almost every generic folder, banner or sticker, wherever a default female face is necessary) is a phenomenon which I hope to examine closer, but for now let me focus for a moment on those who stand out: Hide the Pain Harold, Women Laughing at the Salad, Cyber Woman with Corn. In these moments, images which are supposed to serve as reality’s placeholder, as white noise, break some barrier creating a hole in the banality, at which we stare in surprise.

A slightly similar phenomenon are the nice cup of coffee images – glittery e-postcards and GIFs enjoyed by older generations of internet users. I personally became fascinated with them when I used to visit a certain file sharing site in the early days of Web 2.0. In this parallel reality users adorned everything with animated butterflies, coffee cups, angels, fantasy kitsch resemblant of the worst 80s heavy metal covers, palms and waterfalls, everything shiny and blinking. This used to be the very middle of popular taste back then – like the case of the monidło retouched portraits I’ve mentioned before. Today’s digital natives consider them technologically outdated in a cute or wholesome way, but there are still users who share these images without a hint of irony or self-awareness.

Some images like these become the memetic canon and gain recognition among a wide audience. What makes one picture like this stand out from the crowd of thousands – I’ve been wondering for a long time. I’m yet to learn how the collective consciousness of Reddit or 4chan decides that THIS one shot makes Kabosu the dog become Doge, and another shiba inu, Balltze, becomes Cheems. Or why would one most banal shot of a residential block at Klaudyny street in Warsaw serve as an expression of the familiar melancholy, herolding the unavoidable return to school or work: Sunday evening and my mood is now spoiled… My intuition tells me to research the arbitrary and fluid territory between the ordinary and the strange. Perhaps Jerzy Lewczyński would have been a great meme artist?

While writing my book on the 1980s and 1990s in Poland, I wanted to use as much vernacular photography as possible as my resource for studying the landscape of the era. I believed that the times of Zenit and Smena cameras would have made people take pictures of their neighbourhoods and towns frequently, but the ORWO film must have been too expensive as I didn’t manage to find many examples – quite the contrary, I enjoyed an in-depth examination of the inner life of Polish homes and holiday customs, because the film was used mostly to document special family occasions. Boring postcards weren’t much more helpful: the typical ones issued by the KAW state publishing house usually utilised the 1970s photos, taken during the Second Poland era, with its great investments and photoshoot-ready towns. My research eventually took me into the realm of the collectors. An unexpected multitude of images from Polish cities and towns were the communities of train and tram enthusiasts. Their propensity towards archiving and cataloguing everything helped me a lot, and sparked in turn my own interest in the subject. That particular adventure had left me with a reflection that – now that we don’t have to save the film, we should take photos of everything we can. I often hear complaints about an oversupply of images, on publishing online things as trite as someone’s breakfast. As a vernacular photography enthusiast, an occasional collector, and above all a researcher of daily life, I couldn’t disagree more. Take pictures of everything you can, breakfasts, lunches, dinners, even desserts. It all can contribute to some potential Portrait of the 21st century.

Olga Drenda – writer, author of the books “Duchologia polska”, “Whose is our life” (together with Bartłomiej Dobroczyński) and “Products”, for which she received the Gdynia Literary Award in the essay category (2019) and was nominated for Polityka’s Passports. She hosted a podcast about contemporary folklore – “Ducholożka na tropie” on the Empik GO platform. Currently, she is working on another original book and an “essay in dialogue” with Małgorzata Halber. She runs the Duchologia Facebook page.