Noémie Goudal photographs subtle but at the same time powerful installations in natural surroundings, thus questioning the idea of landscape and its various perspectives. explores the sky and celestial bodies as a recreative space, where the human imagination is unlimited. Questioning the idea of the heavenly sphere, contemplated and sought by people since their very appearance on the Earth, she also presents some timidity and the uncertain physical and spiritual human position. 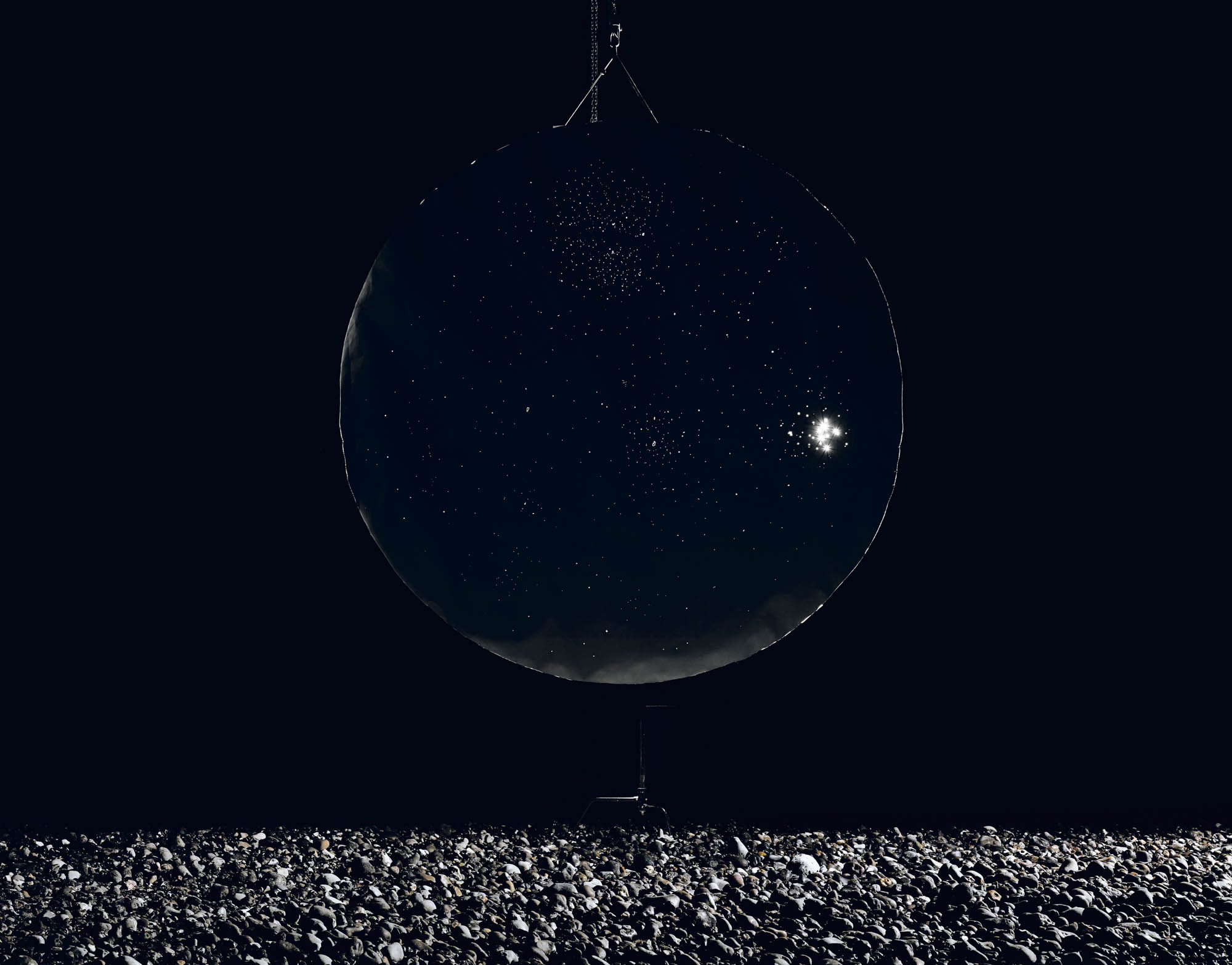 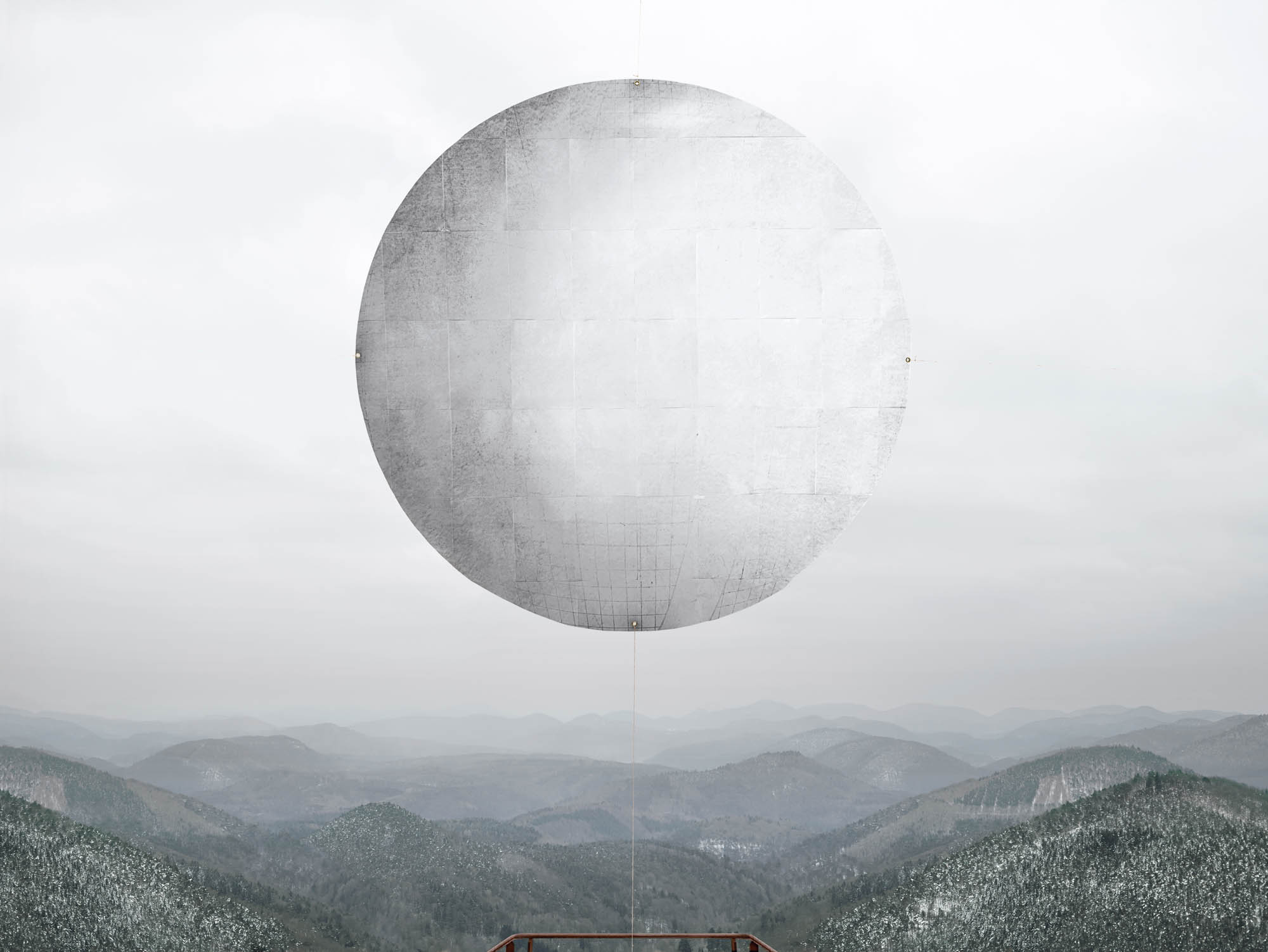 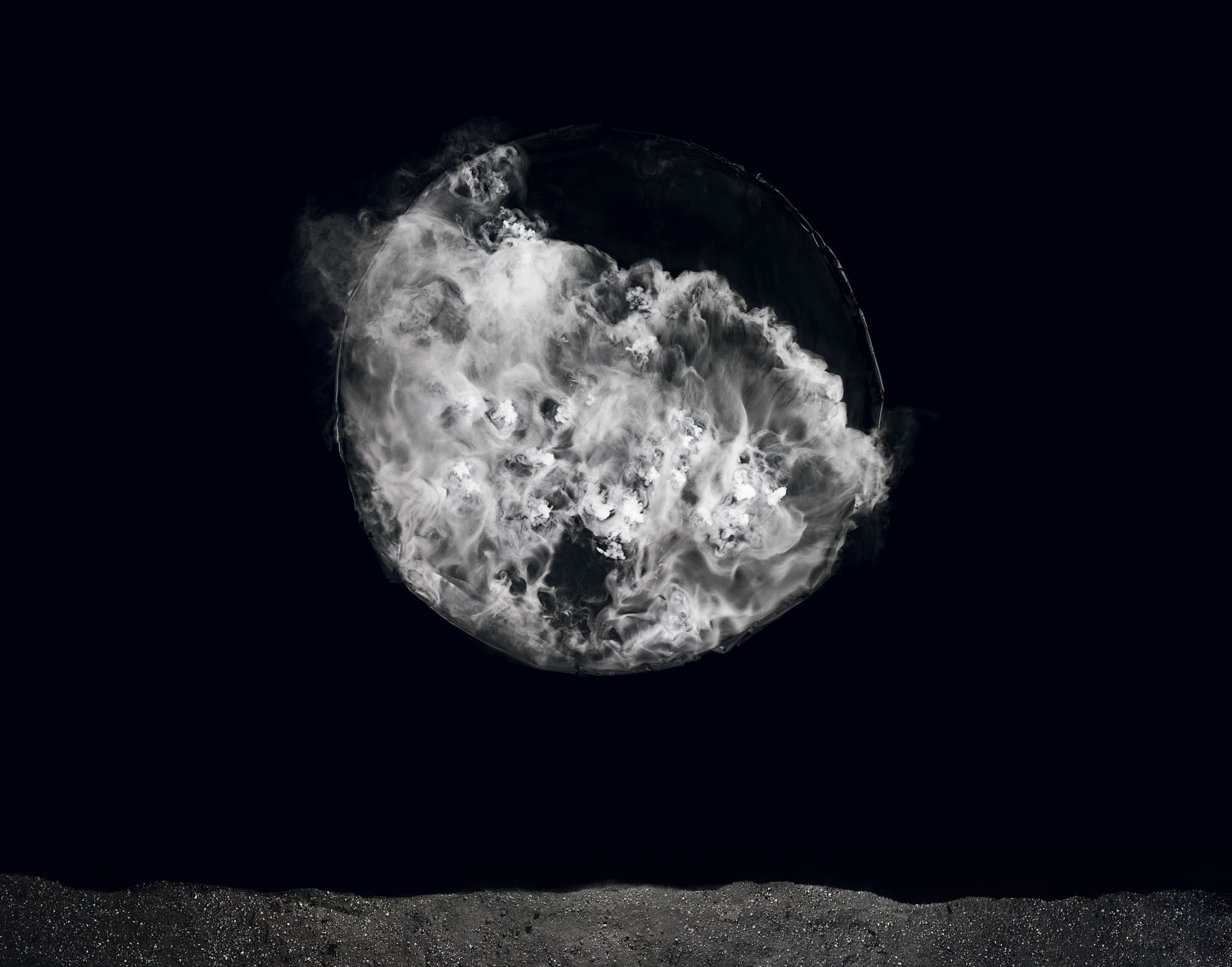 Noémie Goudal’s series Southern Light Stations is a continuation of her focus on constructions and installations, which she photographs in natural surroundings, thus questioning the idea of landscape and its various perspectives. The objects made of materials such as paper, glass and wood correspond to her previous series: Haven Her Body Was (2012) and Les Observatoires (2014). Balancing between the reality and fiction, the photos of Southern Light Stations explore the mechanics of the celestial sphere as it used to be seen before telescope was invented (Galileusz, 1609), that is as a universal space where observations, interpretations and mythological projections meet.

Out of human reach, the sky was for a long time recognized as both the sacrum and the mirror for our earthly deviations. Numerous myths, speculations and characters were created in relation to this unexamined, but still observable, sphere. The Southern Light Stations series is inspired by celestial stories, which beautified literature beginning from the ancient to medieval times: a great torch illuminating the crystal sun, a flame ball appearing in the sky, the Earth leaning on water, with the sky above it as the roof and the limit. In practice, Goudal focuses on the places which, like heterotopias, appear both in a specific geographical locations, but also in human imagination.

Until the Middle Ages, the sky was seen by the western civilization as a closed and motionless universe, a limited sphere with definite borders. Through her works, the artist revokes the ubiquitous motif of a circle, used in numerous engravings and scientific sketches. She presents the stars, planets, celestial bodies and their trajectories – the symbol of harmony and perfection, which has no beginning or ending, and additionally represents perpetual movement. Playing with the perspective, Goudal’s installations  examine flat and spatial dimensions of spheres and circles, and at the same time question the position of human against the immensity and inconceivability of this landscape.

Southern Light Stations is a series where Noémie Goudal explores the sky and celestial bodies as a re-creative space, where the human imagination is unlimited. Questioning the idea of the heavenly sphere, contemplated and sought by people since their very appearance on the Earth, it also presents some timidity and the uncertain physical and spiritual human position.

Noémie Goudal graduated from the Royal College of Art in 2010 with an MA in photography. Since then, she held solo shows in major public institutions such as the New Art Gallery Walsall (2014), FOAM Museum, Amsterdam (2015), the Photographers’ Gallery, London (2015) and most recently at Le Bal, Paris (2016). She has exhibited in many group shows, including Out of Focus at the Saatchi Gallery, London, Vita Vitale at the Venice Biennale’s Azerbaijan Pavilion (2015) and Constructs-Constructions at the Kiran Nadar Museum, Delhi, India. Goudal has received numerous awards including: the Royal College of Art Sustain Award (2010) and the HSBC Prix pour la Photographie’ (2013). Her work was acquired internationally in both public and private collections. Goudal currently lives between Paris and London, she is represented by Edel Assanti in London and Les filles du calvaire in Paris.